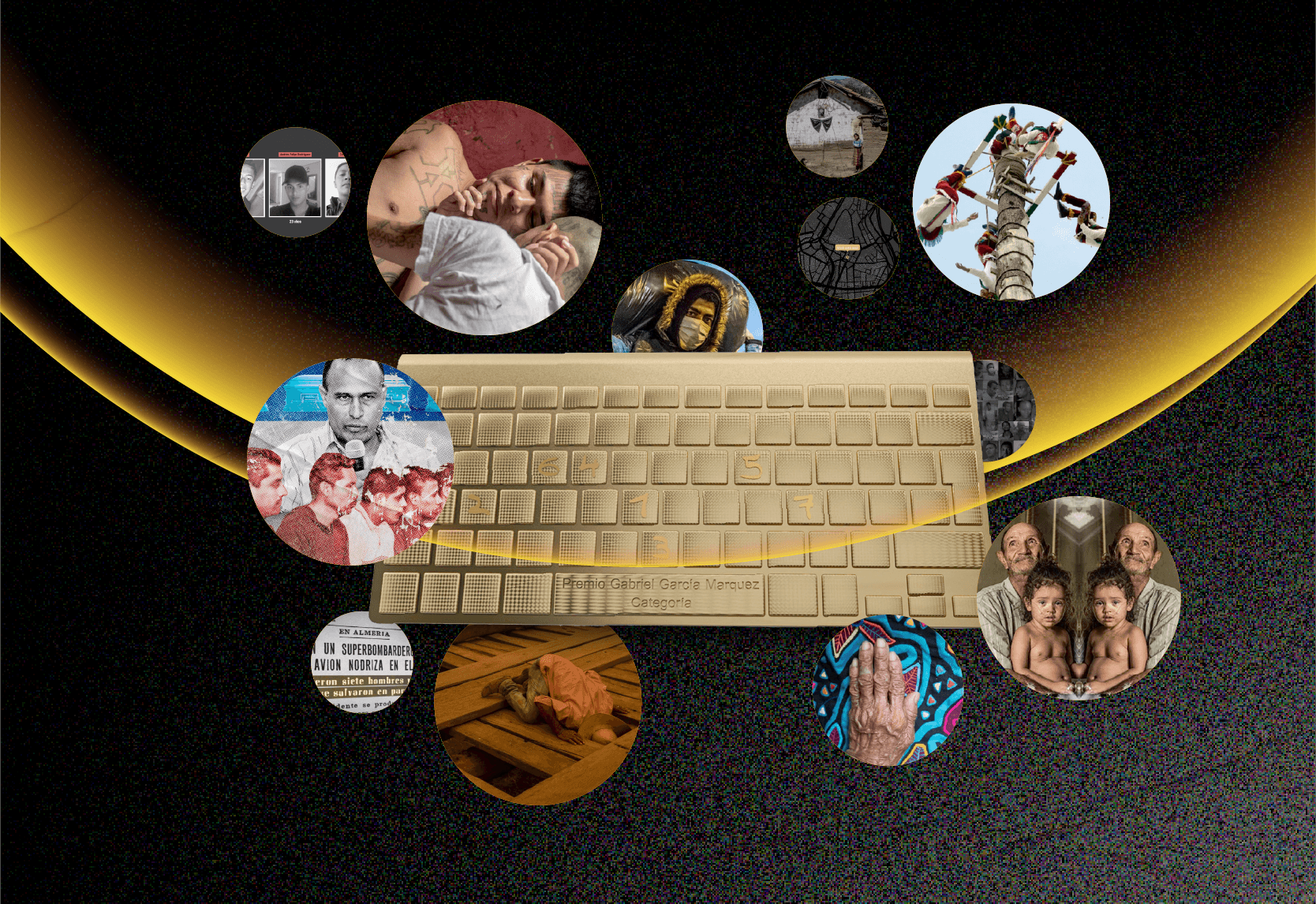 The Gabo Foundation, an institution created by journalist and Nobel Laureate in Literature Gabriel García Márquez, is pleased to announce the finalists for the 9th edition of the Gabo Award—the most important recognition for journalism in Spanish and Portuguese—in the four competition categories: Text, Coverage, Image, and Innovation.

Three pieces from each category were selected as finalists from a total of 1,585 entries. These works were selected after being submitted to three rounds of judging panels made up of 57 international journalists with extensive experience.

The result is a list of the 12 best stories from Ibero-America, with text pieces that clearly, cohesively, and succinctly tell powerful stories that offer new perspectives on issues on the media agenda or bring little-known topics to the international arena. They include structured and grounded news coverage in well-designed formats, that come from major media outlets that still believe in long-form stories or from others with fewer resources, but with unwavering passion, that achieve high-quality standards.

They also include images that tell great stories effectively, comprehensively, and empathetically, presenting a different nuance of issues in which everything seemed to had already been told. And innovative pieces which expose highly relevant facts with a didactic and methodical approach as well as innovatively and efficiently explore the possibilities of communication and technology to inform and raise awareness.

The finalists of the 2021 Gabo Award will participate in the Marathon of the Best Stories in Ibero-America on November 16. This online event will provide a space for finalists to converse with members of the judging panel and share details about the work that went into creating their competing pieces. The winners of the 2021 Gabo Award will be announced in an online ceremony on November 18. Register for both events and participate.

The awards ceremony will also pay tribute to the Nicaraguan caricaturist Pedro X. Molina, winner of the 2021 Gabo Award for Excellence in Journalism. Molina’s work was highlighted as an “extraordinary example of combined causticity and beauty, with a very truthful and profound sense of his country’s major problems.” Molina will conduct the master class “Caricatures that make people uncomfortable” on November 15 during the Gabo Festival. Register and participate.

The 9th Gabo Festival will be held online from November 15 to 20, 2021. This celebration of journalism, citizenship, and culture has an agenda that includes workshops, lectures, and master classes that are completely free of charge, aimed at journalists and media editors in Ibero-America, communication and journalism students and teachers, as well as professionals from other disciplines interested in the following topics: film and documentary, photojournalism, journalistic collaborations, care economy, environmental crisis, new narratives on drugs, travel journalism, audiovisual tools, podcast and sound profiles, and the use of social media networks for election coverage. Check out the agenda here.

The Gabo Award and the Gabo Festival are made possible thanks to the Gabo Foundation’s partnership with SURA and Bancolombia groups and their affiliates in Latin America.

Below are the finalists for each of the four categories in the 2021 Gabo Award.

CONNECTAS team of 20 people that maintains anonymity due to the latent risk of reprisals against journalists who refuse to stay silent in Nicaragua. 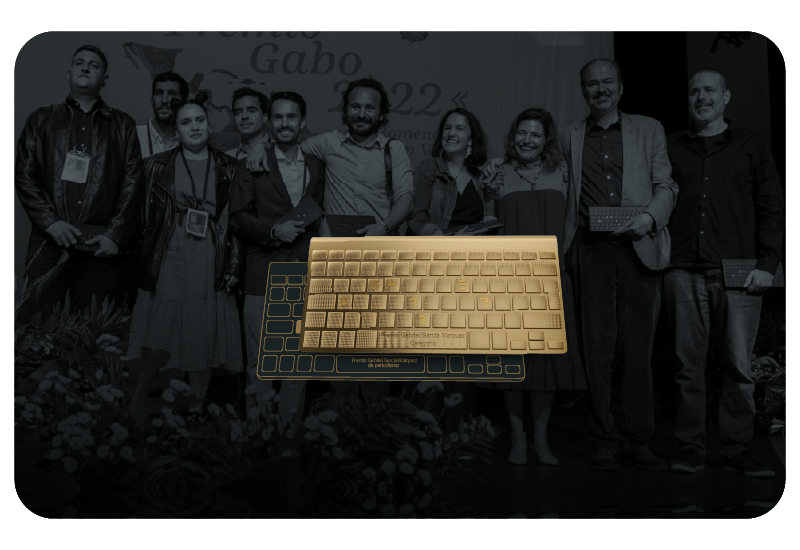