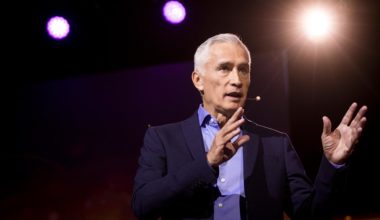 Photo: Courtesy of TED under Creative Commons license. Jorge Ramos defines himself in two ways: as a journalist and as an immigrant. After a thirty-year career in the United States, interviewing the most powerful people in the world and covering some of the biggest stories in recent history—the Gulf War, the fall of the Berlin … Leer más