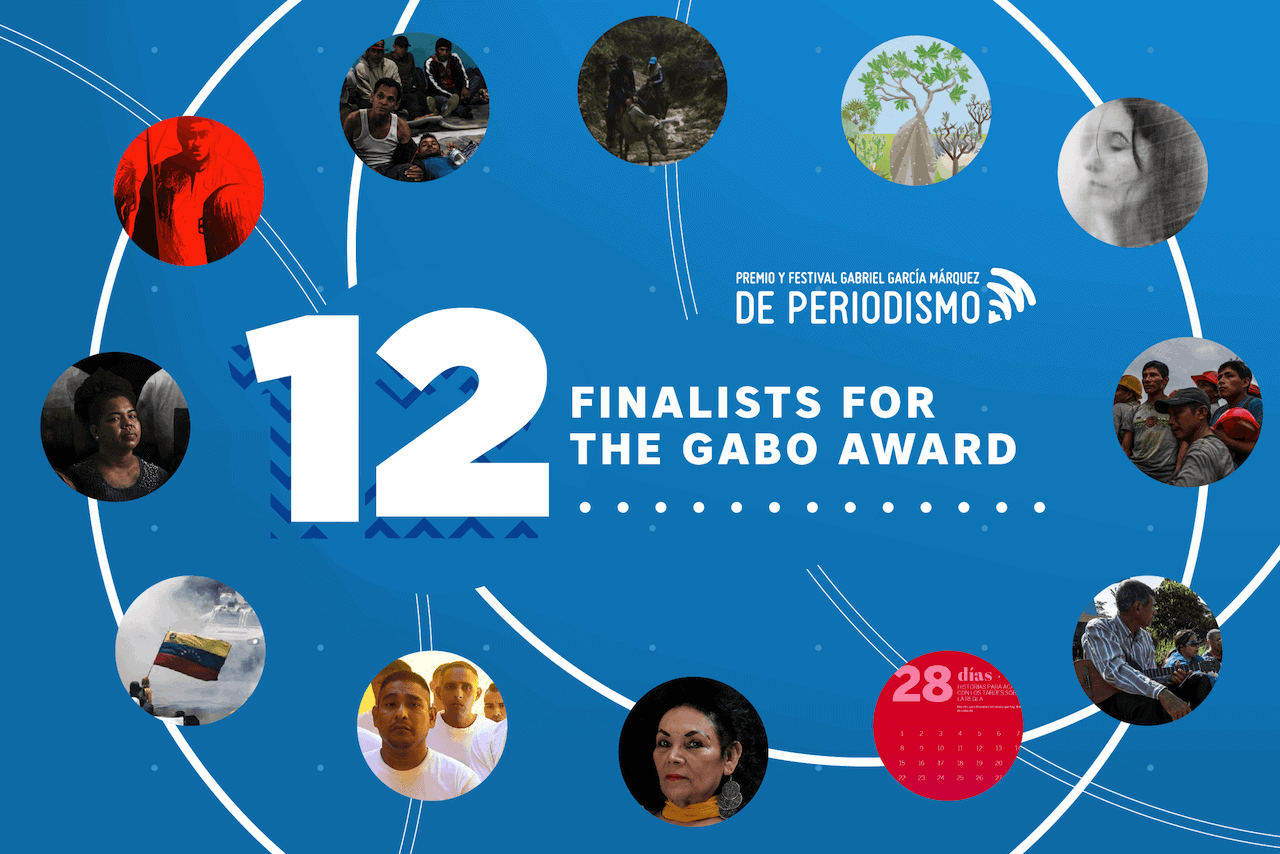 The Gabriel García Márquez Journalism Award announces the 12 best Ibero-American pieces, which are the finalists in its four contest categories: Text, Image, Coverage, and Innovation.

These stories were selected by 51 judges in three rounds among the 1,714 nominees submitted to the sixth edition of the Gabo Award.

The four awardees will be announced in the award ceremony to be held on Thursday, October 4, at 8 p.m., at the Medellin Botanical Garden during the Gabo Festival. The event will be broadcasted live via www.festivalgabo.com and via the Gabo Festival Facebook page.

The finalists will be part of the 2018 Gabo Festival program to take place in Medellín, from October 3 to 5, participating in the Best Ibero-American Stories Marathon on Wednesday, October 3, from 9:00 a.m. to 1:00 p.m. at the Orquideorama of the Botanical Garden. Here, they will discuss with Julio Villanueva Chang, Text judge; Omar Rincón, Image judge; Rosental Alves, Coverage judge; and Pere Ortín, Innovation judge, and attendees the research and preparation process of their pieces.

What will the winners of the Gabo Award receive?

The finalists and awardees will participate in the Gabo Festival, which will take place in Medellín from October 3rd to 5th. As part of the 2018 program, the 12 finalists of the Gabo Award will participate in the Marathon of the Best Stories of Ibero-America. Before a judge and attendees, they will each share their experiences, explaining how they carried out their work, what motivated them, and what their objectives were.

Around 80 activities make up the programming of the 2018 Gabriel García Márquez Journalism Festival. The sixth edition of this festival of stories will celebrate the best of Ibero-American journalism and open spaces to discuss and reflect on a wide variety of topics, including literature, film, science, documentaries, fake news, photography, freedom of expression, gastronomy, memory, inequality, violence, migration, caricatures, humor, and journalism ethics. The Gabo Festival programming is divided into seven sections that will be carried out in several different areas of the city, such as the Botanical Garden, the Parque Explora museum, and the Medellín Museum of Modern Art:

Gabo’s Obsessions: Discussions about topics that interested Gabriel García Márquez, such as music, memory, and literature.

The Journalism Kitchen: Talks and interviews about the issues that concern Ibero-America and shape the profession of journalism in the region.

Curious Minds: The new section of the Gabo Festival, an intimate space for informal but profound conversations with great Ibero-American storytellers.

Gabo Award: The recognition given to the best of journalism in Ibero-America is preceded by the now-traditional Marathon of the Best Stories of Ibero-America, a series of four panels where the three finalists in each Gabo Award category share the process behind their work.

All lectures and exhibitions are free admission until full capacity is reached. Those interested in attending only need to fill out a simple form to complete your registration. Except for workshops and exhibitions, all activities will be broadcast via Facebook Live on the Festival Gabo, Red Ética, Centro Gabo y FNPI pages.

Organized by the Gabriel García Márquez Foundation for New Ibero-American Journalism (FNPI), the Gabo Award and Festival aim to encourage the pursuit of excellence, innovation, rigorous treatment of facts, and ethical coherence in journalism. It is inspired by Gabriel García Márquez’s ideals and work and by the dynamics of innovation, creativity, and leadership that characterize Medellín, Colombia. The Award and Festival are made possible thanks to the public-private partnership between the Mayor’s Office of Medellin and Bancolombia and SURA, together with their Latin American subsidiaries. 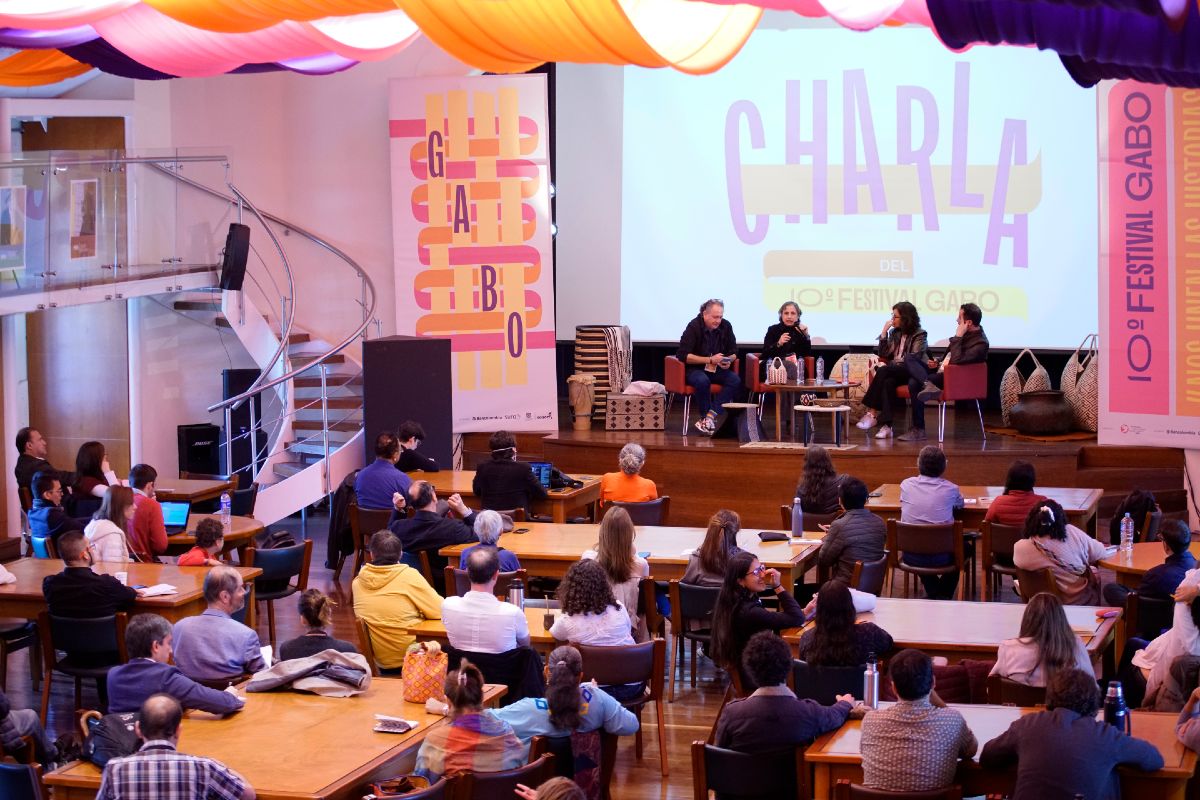 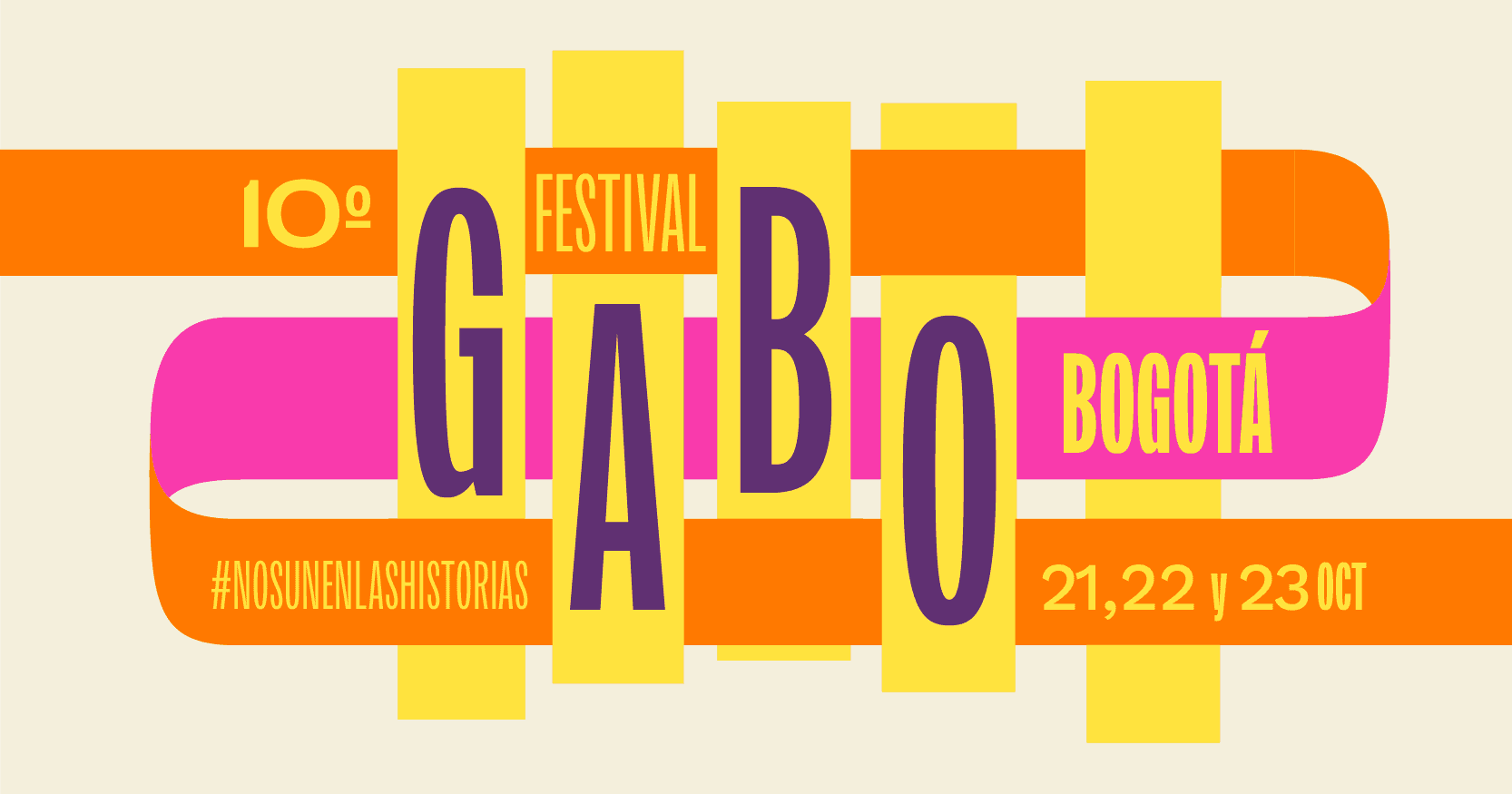