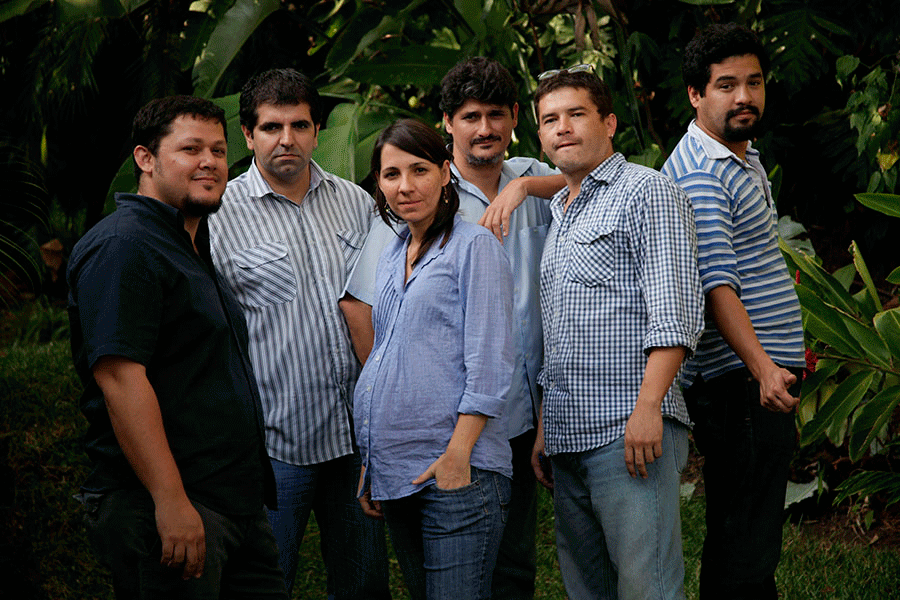 SWIMMING AGAINST THE CURRENT

I thank you for this acknowledgement. We received it with humility, and awareness regarding the dimensions of such an award, which places us within the greatest participants of this craft and motivates us to double our efforts in order to continue raising the bar of our own journalism.

How can a journalist feel comfortable, how can a journalist feel comfortable if they are surrounded by things that do not function well, and people who don’t live well?
In order to create journalism, it is necessary to give up commodities; we like to think that it is this deliberate “giving up” that created our beginnings, that joined us as a team, as a project and it explains for the most ,part why today we where we are.
The times that we swam against the current were not few. Investigation for us is an adventure. When we find ourselves in the middle of a financial crisis, the composition of well-known papers around the world would close off specialized teams and spaces for large publications.
We find adventure in creating extenuating and large production formats when good judgment called us to surrender ourselves to the dictatorship of the “click”.

To our communities we offer our words and our best intentions to understand them. If we have swum against the current, the impulse is really coming from journalistic research more so than market strategies.

We need time, quite a lot of time to understand before we narrate and even today, we need wide spaces in order to say everything we believe we are able to say.

We swim against the current when we insist on creating large format journalism as it was in our first years even though the experts on Internet journalism, promise a quick end preceded by a painful death.

In a literal sense, we share the same wishes with the people who we have made uncomfortable.

Swimming against the current has also meant saying what no one wants to hear and making our readers uncomfortable. We do this in order to believe that journalism is not created based on its audience but its origins. The only way that journalism can help its community is when all the tools within its reach are utilized including those that its members don’t want to know.

The water has been poisoned by a continuous history of violence and injustice, poisoned by political manipulation, by the reactionary sense and urgency that the area in which we have had to practice journalism creates.
The so-called Central American triangle, comprised by El Salvador, Guatemala and Honduras at its north, is today the most violent region in the world. It is a region suffering from poverty, inequality and corruption, extreme corruption. This is a region whose inhabitants seem to have lost hope, a region that spits its people outside of its own borders, people who leave in search of a life that could offer them minimal dignity and safety, things that their own states are incapable of offering them.
To look into the causes of our own wrongs, to denounce these wrongs, expose them until they don’t hurt more than what they already hurt, until hopefully we make them unsustainable, has also always meant, to swim against the current.

We are not the first ones or the only ones doing this.

Naturally, those who swim against the current because they consider it their duty to do what they have to, run the risk of being convinced that it is not what they’re supposed to do, they may acquire a martyr or savior complex, this is also a risk. These two complexes, we do not like, they make us uncomfortable and we flee from them. We know this contrary to journalistic duties. In order to avoid these temptations, we have to reconsider what we do each day, self-evaluating every week. We should practice auto-criticism as a tool, as a journalistic means and as a source of knowledge as well.

We have created El Faro based on constant self-criticism by all of us. This type of work is not possible to accomplish alone, not as far as we understand it.

El Faro is not a digital paper, it is a collective journalism project that is nourished by its members and that gives feedback to those who form part of it. The argument and journalistic debate within the composition room make us grow and protect us from conformity and the rest of those temptations.

Because of this, we feel honored to be the first non-individual recipients of The FNPI Excellence Award, an award we share with all who have, for the past 18 years, contributed to the creation of El Faro. Along with all the journalists, photographers and documentary makers who have gone through our first composition. We share this award too with everyone who has passed on to the other side of the wall, dedicating their efforts in order to guarantee our subsistence and growth.

We feel honored to receive this award in name of the board in which some of our greatest teachers and accomplices are a part of and to receive this honor from a foundation we consider as our own home. The Garcia Marquez Foundation has served as a classroom and as a party hall where the best of Ibero-American journalism takes place and is our meeting place. We have grown under his generous umbrella as well.

Today is a day of celebration for El Faro, which we owe to that Ibero-American journalism of which we are also accomplices for and from which we also learn and are committed to continue learning.

Thank you endlessly for this acknowledgement that honors us and obliges us and also immediately calls us to celebrate.
Cheers. 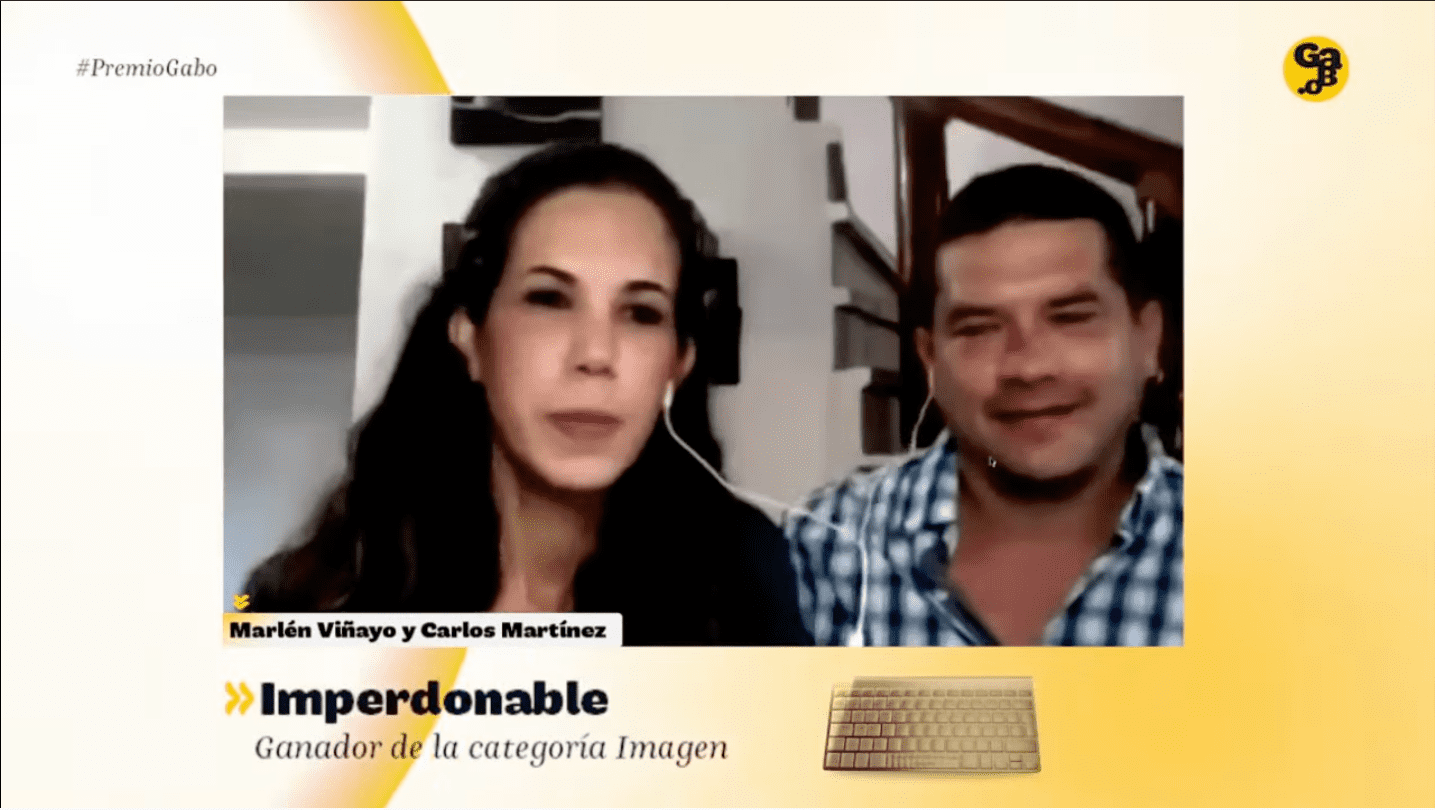 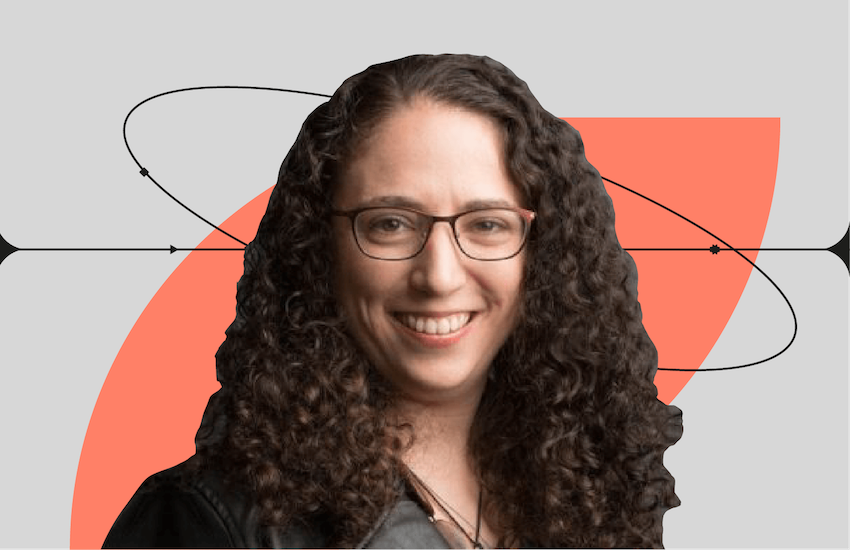